I’ve said for around 4 or 5 years now that USA will become a major force in Football, and when I say Football – I mean Soccer for all you yanks out there!  So – half time – it was USA 2 Brazil 0, and what a game…. final score just in USA 2 Brazil 3.

The only issue with USA was stamina – it’s probably too many MacDonalds!

So – this is South Africa’s warm up for The World Cup next year, not many reports coming about security… however England aren’t there….  It’s funny when people (us here in the UK) talk about the Media – and when they say the “world media” – it’s really british…!  We are going to be reporting on everything that we can to save reporting on the home nations… Any other news is applicable..
England to win in 2010?
I think not. 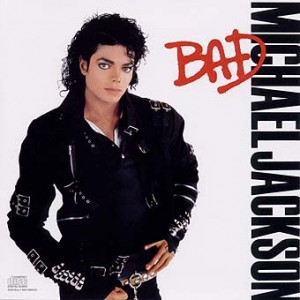 So – next up on the agenda.. wow… nothing really bigger than this over the last week.

MICHAEL JACKSON
THE KING OF POP
IS DEAD.

Holy shit – where were you at the time?
Well, I was through in Edinburgh on a wee holiday… turned on the news before heading off out and shouted – holy shit Michael Jackson’s dead… Cheryl turned round and said – no way…

Anyone have a favourite song? I’m sure most of you do…
Mine? well – it probably has to be : Man In The Mirror, superb, then closely followed with Dirty Diana and Thriller, then Billie Jean..  His best songs, man, so many to choose from.. what a shame – absolute scunner to the people who had tickets for the O2 arena….

What else has happened this past week?  Well – Farrah Fawcett also passed away – I was looking forward to re-runs of Charlies Angels, and all her other 80s shows!  Or why not even a replay of The Cannonball Run… She was another true great sadly taken from us at a relatively young age.

So – as I said earlier I was through in Edinburgh this week – through on Wednesday night, The Royal Highland Show, and the Zoo…. both were really good – free tickets for the Highland Show, and tickets bought online for the Zoo… so all nice and easy… 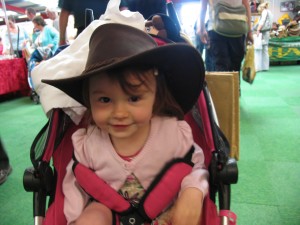 Carmen with her Dads' hat on

Stayed at a friends flat, which literally was a throwback to my student days in Edinburgh, (which I really miss) and would you believe it – but the flat is a stone throw away from my old flat in Scienna Gardens, wow, truly amazing!
Anyways – the big news… if you’ve ever been to the Royal Highland Show – you will know that the parking, and resulting entry and exit into the carparks is in a field…. along with 60,000 or so other cars…  Of course our car boot was packed to the brim.  So – when I got home, I thought, I’m a bag missing… but I didn’t take it out… however – I’ve come to the conclusion that I took it out to put the Camera back inside, then put the buggy in… got in the car and promptly drove off.. And yes, I think that’s where my camera is…along with the laptop, clothes, deoderant, smelly underwear and a downloaded DVD…. hmm, how do I explain that to the Insurance company… fuck fuck fuck springs to mind, so many pictures on the darned laptop, pictures of holidays from years ago… and I’m pretty sure I don’t have them here… a few are on facebook, and a few scattered about.. aararghh… that’s the worst part for sure… I managed to get a few photos with my phone though! (pants)
And do you know, this will be the second time that I’ve lost pictures.. the last time was when my hard drive packed in..

Carmen repeated me saying that during the week, and it was soooo funny… Michty Me…
I bet you’re saying that right now…

Anyhoo, I’d better go – bed is calling…
and I’m working in the morning..
🙁

Click here to cancel reply.
10 minutes before bed
4 Rounds of Golf For Charity (in one day)