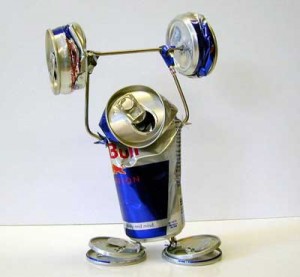 Hi folks, it’s Sunday, and I’ve got 10 minutes before I goto bed, I’m shattered, however – I want to stay up later, it’s probably too late to have a red bull as I’d be still whooping about at midnight and 1am…!

I’ve had a pretty shite week to be honest, actually make that 2 weeks, as you know my boiler broke down, that’s cool – home insurance’s Home Emergency call out should fix that, no, will it f***, “£1500 will fix it sir, but it might happen again soon” So yes, I get a quote for getting a new boiler (and shower – as I later found it was the shower that caused the boiler to pack in), so new boiler and shower – £2500, well, it was a buy now and pay later kinda deal, a no brainer (as long as I pay it I guess).

So this week it was installed, nearly 2 weeks of makeshift showers, 40 pans of boiling water for baths, getting extremely smelly…. and finally it’s here – HOT WATER – ya f**king dancer, ya beauty…

What else can go wrong?  called up for Jury Duty,…! – thankfully not me – the better half! but it’s still a pain in the rear as she needs to take time off work, and so do I… and they are a pain in the arse when it comes to that too – NO was their answer! – ho hum… I sooo need to leave there…..!

What else? well – this morning, here I was typing / working away at my computer when bbzzzzzzzzzz my second monitor decides to go on the blink, although, zzzzz, it’s now not working at all… – I now have a 15″ TV hooked up as my second monitor… (how do normal people survive on one screen)! so no doubt that’s going to be another expense…

Thankfully nothing else has gone wrong, ah, well, there was actually, haha, nearly forgot about this one – outside in the garden on Thursday, sitting on one of the chairs, and what happens, yes, you guessed – a you’ve been framed moment – the seat bloody breaks, what rotten feckin luck….. I’m sure the neighbours saw it and had a laugh at my expense…!

Anyways – that’s my 10 minutes up, but just read on the BBc news site that a person in the UK has died from Swine Flu, H1N1 disease…
Now I’ve seen this umpteen times, – the person has (had) underlying health issues…
Can some donkey please say what this is… what is the underlying health issues….
Feck – some codger has died from Swine Flu here in the UK!!!!!
so much for Anti-Virals!!!
it’s the start of Armageddon!

well, I doubt it – but armageddon has to start somewhere…. and it may as well be with the blinkin PIGS, the birds had a good attempt, don’t know what it will be next, but we’ll just get the Antidote for it, and then there will be a “variant” of the disease!

I’m not alarmist, but we’re all gonna die….
(Eventually).

Speaking of deaths….
Such a tragedy..
David Carradine… RIP big man, legend.
Even if you were committing some sort of sex act in a wardrobe with a noose round your neck…. why oh why don’t people learn… surely it can’t be that much of a thrill…. surely???
and no – I’m not going to try it….

Anyways – that’s been 15 minutes, so I’m going to hit the sack….
Cheery bye’s everyone.
have a good Monday…..

I might even do a news snippet as well…..